Travel fellowships are offered to delegates and students (DM, DNB, PhD, others) who have posters or oral presentations accepted during the meeting. Details regarding eligibility and how to apply for these awards are available from the Honorary Secretary General of the Association.

Dr. Dharamvir Datta, in whose memory, this oration has been instituted was born on 31st May 1934. He graduated in Medicine from the G.R. Medical College, Gwalior, Madhya Pradesh in April 1958. He obtained his doctorate in Medicine (MD) from the Vikram University in 1961. He then went to England, where he worked as Assistant Lecturer in Medicine at the Royal Free Hospital, School of Medicine, UK, and pursued research at the University of London. He was awarded the degree of Doctor of Philosophy of that University in 1964. He then went to the United States of America and worked as Research Fellow at Harvard Medical School, Boston. He was selected as Assistant Professor of Experimental Medicine at Post Graduate Institute of Medical Education and Research (PGIMER), Chandigarh and joined the Institute on 22 February 1967. In April 1969, he was selected as Assistant Professor of Medicine at the Institute. He was appointed as Associate Professor of Hepatic Diseases in August 1971. He was the founder Head of the Department of Hepatology at the Institute. His work in the Department received National and International recognition.
Within a short period of his joining the Institute Dr. Datta earned a name for himself as an eminent hepatologist, an excellent research worker and a devoted physician. With his qualities of head and heart, he endeared himself to his students and colleagues. Unfortunately, he was snatched away from us by the cruel hands of death on 13th May 1981 at the very young age of 47 years. In Dr. Datta’s death, the Institute lost a medical scientist who had already made a mark in the specialty at national and international levels.

Dr. Datta is survived by his wife and two sons. Dr. (Mrs.) Usha Datta, was Head of the Department of Immunopathology at this Institute. One of his sons Dr. Rakesh Datta, is a Major in the Army and has specialized in ENT. The other son Mr. Deepak Datta, is an Engineer has settled in Dallas, Texas, USA.

To perpetuate Dr. Datta’s memory, the Indian National Association for Study of the Liver (INASL) decided to institute an oration and invite an outstanding scientist to deliver the oration on a subject pertaining to the field of Hepatology.

The first Datta Memorial Oration was held in October 1982. Dr. G. N. Vyas, Professor of Laboratory Medicine at the University of California delivered the oration.
Such outstanding medical scientists delivered the subsequent orations -

SELECTION
By invitation of outstanding medical scientist from all over the world. 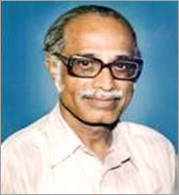 Prof. N Madanagopalan, MD MRCP FRCP (Edin)
Born on 25th October, Prof N Madanagopalan - Dr NMG to all his colleagues and students, obtained his MBBS degree in 1955 from Stanley Medical College winning medals, prizes and certificates of honour in most subjects and achieved the First rank in the University of Madras. He passed MD in Medicine in 1959 and received MRCP (Edinburg) with alimentary diseases as a special subject in 1960. In the UK, he was trained by doyens in the field including Sri Francis Avery Jones.

On returning to India, brimming with confidence, the ‘rising sun from the South’ (Prof. FP Antia) joined his parent department of Medicine at Govt. General Hospital, Madras and under the guidance of his mentor Prof. Ratnavelu Subramanian, the Department of Gastroenterology was established for the first time in Madras Medical College in 1971. He continued to Head the department until Aug 1986. During his tenure, he nurtured the department with untiring unsparing dedication, breathing life into this nascent speciality, grooming the department not only into a premier national academic centre but also creating awareness and emphasising the importance of gastroenterology amongst both medical fraternity and democratic hierarchy.

In 1986, Dr NMG handed over a well established centre to his students and started yet another department of Digestive Health and Diseases at the Government Peripheral Hospital, Anna Nagar (attached to Kilpauk Medical College Hospital). Within a short period of time, by his untiring efforts, leaving no stone unturned, Dr NMG made Anna Nagar Peripheral Hospital, the Mecca of patients with GI problems and developed an excellent team. His disciples and students, true to the teacher have taken the department to greater heights, fulfilling his dreams. On superannuation, he was appointed as Director of Sri Ramachandra Medical College Hospital and served in this post for a year. Subsequently he was appointed as Emeritus Prof of TN, Dr. MGR Medical University from 1994 until his demise.

His love for teaching drew no bounds. His clinics including Sunday classes attracted large number of students from various Institutions, including postgraduates from Department of Surgical Gastroenterology.

Apart from teaching, Dr. NMGs passion for research knew no bounds. The symbiosis of passion for research (viral hepatitis, hepatocellular carcinoma, subacute hepatic failure, Coarctation of Inferior Vena Cava, role of adulterants of edible oil and tea leaves as cocarcinogens for HCC and adulteration of edible oil with rubber seed oil as cause for increasing prevalence of Chronic calcific pancreatitis) and his zeal for teaching enabled him to probe into unsolved problems spanning the spectrum of epidemiological, clinical and investigative aspects in gastroenterology. This culminated in over 200 publications. During his life time he had delivered several orations and guest lectures.

The Indian Society of Gastroenterology elected him unanimously as its President in 1975 and later in 1988 he was elected to the post of President of Indian Association of Study for Liver Diseases. His services and expertise were liberally used to planning the structure of the curriculum of the National Academy of Medical Services, National Board of Examinations, Task Force Meeting, Project Review Committees and Scientific Advisory Committee meetings of the Indian Council of Medical Research

Some of his very close associates included Prof VI Mathan, Prof BN Tandon, Prof NC Nayak, Prof Solomon Victor, Col Krishnan. Prof VI Mathan said “Far more than erudition, what impressed me was his concern that the best in the students should be brought out.” 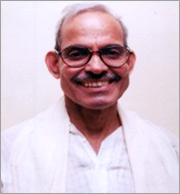 Prof. Subhash Raghubir Naik Born in Santa Cruz, Goa, he was brought up in a middle-class family. After completing his MBBS and MD (Medicine) from the Maulana Azad Medical College, New Delhi in 1971, he worked as Registrar at Irwin Hospital, New Delhi. In 1973, he moved as Lecturer in Tropical Medicine to the Postgraduate Institute of Medical Education and Research at Chandigarh, where he spent 9 years in various capacities. During this period, he went for a year (1978-79) on Commonwealth Fellowship to St. Bartholomew’s Hospital in London. In 1982, he decided to move to KEM Hospital, Mumbai and in 1987 to Lucknow to head the Department of Gastroenterology at the upcoming Sanjay Gandhi Postgraduate Institute of Medical Sciences (SGPGI). He also served as the Dean at the SGPGI, Lucknow.

Dr. Naik was a gastroenterologist with excellent clinical, teaching and research skills. His major interests in gastroenterology were viral hepatitis (in particular hepatitis E and B), gastrointestinal motility and physiology, malabsorption and gastrointestinal infections. Dr. Naik laid a lot of stress on teaching of physiology and pathophysiology, in addition to clinical methods.

Besides being an excellent clinician and teacher, Dr. Naik engaged actively in research. In early part of his career, he worked on parasitic diseases, including giardiasis, amebiasis and hookworm infestation. The interest in amebiasis continued, and recently he showed that amebic cysts excreted by the so called ‘cyst passers’ and patients with irritable bowel syndrome were not Entamoebahistolytica but E dispar, a closely related and morphologically identical, but non-invasive, organism. Further, it was shown that the virulence of E histolytica was related to its cysteine proteinase. Also, a 56-66 kDa protein of E histolyticawas found to have vaccine potential.

In Mumbai, Dr. Naik started work on hepatitis B virus infection and the mechanism its chronic persistence, and showed that carrier state for this infection was related to defects in antigen presentation, a hyperactive anti-HBs idiotype network and infection of host lymphocytes by the virus.

While in Lucknow, Dr. Naik and his group investigated a large epidemic of hepatitis in Kanpur in 1991. This epidemic affected nearly 80,000 persons. Through astute epidemiologic studies, he showed that the epidemic was caused by fecal contamination of city’s drinking water supply. Using molecular techniques, the epidemic was shown to be due to hepatitis E virus infection, the first ever such demonstration for any epidemic while it was still on. Also, strong evidence was provided against occurrence of intrafamilial spread of HEV infection during this epidemic. The group also provided evidence against the occurrence of prolonged viral excretion in acute HEV infection, and have been working on virus-specific cellular immune responses in patients with acute HEV infection.

Dr. Naik worked on several aspects of chronic liver disease, including liver cirrhosis. This included: (a) establishment of 3% phenol as a safe and cheap sclerosant for the treatment of esophageal varices, (b) development of figure connection charts for assessment of subclinical porta-systemic encephalopathy in persons with limited or no formal education, and (c) demonstration of occult hepatitis B and C virus infection in a significant proportion of patients with liver cirrhosis lacking traditional serological markers of these infections. Dr. Naik also worked on patterns of gastroesophageal reflux disease and on gastrointestinal motility disorders in the Indian population. In all, he published more than 200 scientific papers.

Scientific communication, and medical writing and editing were areas very dear to his heart. Dr. Naik was associated with the Indian Journal of Gastroenterology, an indexed journal, since its very inception in 1982. In the initial years, he helped Dr. FP Antia, the then Editor. In 19___, he took over as Editor, a task that he performed till ___. Even thereafter, he continued his active association with the journal as Past Editor. Between 1987 and 2002, he organized and conducted several workshops in different parts of India on scientific communication. These workshops were aimed at teaching young students and researchers how to write research proposals, and present their research work as manuscripts and at conferences. The participants liked these workshops so much that many of them organized similar workshops in their institutions. Dr. Naik worked towards improvement of standard of Indian biomedical journals, and was the main force behind and a founder member of the Indian Association of Medical Journal Editors.

Dr. Naik had excellent planning and administrative skills, as evidence by his role in development of departments of gastroenterology in two major institutions, namely KEM Hospital, Mumbai and SGPGI, Lucknow. Both these departments have been at the forefront of gastroenterology in the country. However, he did not take up a full-time administrative job, since he believed that this would take him away from teaching and research. He was an unassuming and simple person, had high moral standards. Dr. Naik was a workaholic and could not stop working. Even despite his serious illness, which kept him moving in and out of hospital during the last few months of his life, he continued working. In this period, we wrote an autobiographical book titled “Metamorphosis: a doctor’s autobiography”, which gives insight into his transformation from a timid school boy into a confident and mature doctor. He also worked on another book entitled ‘Communication for Biomedical Scientists’, which is in the process of publication.

In Dr. Naik’s death, the medical research community, and in particular gastroenterologists, have lost an important member. The void left by his death cannot be filled. But his colleagues and students will ensure that his ideas and teachings are disseminated far and wide.


Recipients of Awards in the Past